A collection of 6 PAULS, all in a different jacket. Short stories for Tubelight Magazine.

Being in isolation modus (covid-19, you know), calls for the return to the base: my sticky notebooks. I mix and match words with images, tissues of my thinking come onto sticky paper. Almost running out of newspapers, by the way.

A Zine: capturing the party of

Instagram Stories are mostly used as a visual diary. For this ongoing project, I use it as a textual diary. I’m not shy of controverse, nor of using other peoples stories, which sometimes gets me into trouble…

Applesauce is a collection of texts and stories describing a variety of everyday situations.

The reader is invited to take
a walk through a trajectory of everyday misunderstandings, observations, conversations, embarrassments, thoughts,
habits, doubts, movements, dreams… in order to discover

the absurd, the dramatic and
surreal side of the everyday.

Applesauce is a also in use as

a script book for other projects.

Series of 8 short movies that all contemplate on similar states of
our everyday being.

States of being stuck, of doing nothing, of wanting but not being able to, of trying but failing, of waiting for something that we do not know will ever come,…

All Acts are based upon scripts that are described in Applesauce.

Compilation of 6 Moving Sessions where performers were asked to move according to spoken text.

These texts described physical
as well as mental ‘movements’ in everyday life. Each Moving Session the setting and thus atmosphere changed.

All Moving Sessions are based upon scripts that are described in Applesauce.

“I apologize for beginning with
the obvious, but that is always a convenient place from which to begin with.”

A workshop that is constructed to practice and explore various ways
of storytelling and -making.

The Storybox workshop is based upon scripts that are described in Applesauce. (to be continued)

Communication campaign for
the Graduation Show of the Sandberg Design Department.

A collection of short stories starring
You, Me, Life and a variety of (extra)
ordinary characters.

I AM SURE I’M NOT

THE ONLY ONE. (I think.)
Are there any more only ones present here?

Singing Céline Dion in front of my mirror (…)

Boredom is a phenomenon that is constantly present in our society, but often remains concealed.

Everyone deals with it, but at the same time it seems impossible to exist within our system- and work based society. How do we feel when we are bored? What kind of actions do we consider while being bored?
Can we look at boredom as a taboo of the 21th century?

‘Speculating Systems’ is designed by Daniel Seemayer and Andrea Karch.

Silence does not exist. Even if we think it is silent, there are sounds sneaking into our ears. But we don’t always listen to what our ears have to tell us.

A collection of gestures.
(to be continued)

A series of posters questioning
a variety of subjects that we are confronted with on a daily basis.

An attempt of archiving my notebooks into a notebook.

Some Place. Some People.
Some Situation. Silence.

Intimacy is spontaneous and private.

But what if intimacy between two people becomes scripted and they are asked to perform their intimacy?

[A Story] Paralinguistics: aspects of spoken communication that do not involve words. These may add emphasis or shades of meaning to what people say.

[A Game] The ant crawls as slowly as possible to the piece of sugar.

[BEEP] What do you hear? What do
you think you hear? Manipulation and interpretation in speech.

Movement(s) Construction are two performances (short movies) with 4 performers. They all perform actions that are scripted and being read out loud. In this way, they build a scene, an image, a stage,… before knowing in advance how it will look like.

Instructions about the contours

of everyday reality. Scripts about different kinds of conversations. Templates to experiment with our communication. Questions about what our language can (not) do.
Games to challenge our everyday communication.

Same Same But Different questions the connection between image and text. How can they influence/change each other?

A manipulative and interpretative publication.

Photo series about the gestures of
a hairdresser and her customers.

A fictional identity for the Italian
Mafia. But how to design a secret
and hidden identity? How to design
an identity if nothing can be visual?

The answer is an identity that is
based on verbal communication
and gestures.

A chain of Italian restaurants
serves as cover-up. Members of
the Mafia communicate based on
the act of speaking, eating and of
ordering food. The menu serves
as the identity manual.

A contribution for a calendar. December is the month where
we make resolutions and start postponing them. Only Sunday, nothing has to be planned.

A publication about Peruvian adobe architecture in combination with
the country’s political propaganda system. The adobe walls become
a medium to convey the political messages. A wall as a poster.

Extensions of this publication are handmade adobe bricks and a series of reinterpreted posters.

What is it that my father has with his pressure washer?

How to put a knife in my throat without dying?

What is it that makes boobies
so attractive?

How do fish sleep?

An infinite amount of questions
that fill my head on a daily basis. This Question Catalogue consists of
a questions publication and a (fake) answers publication.

A fictional identity for Vooruit Arts Centre in Ghent, result of a school assignment.

An extensive research project that investigates the way in which power is used in imagery, in speech and
in slogans. How can political/public messages be conveyed? And how are they being transformed and/or manipulated?

At the same time an individual
is positioned in confrontation with
the mass. How can they relate to each other? Can everyone spread their own messages or are opinions constantly imposed and influenced?

The encryption of a new(s)paper.

All of the articles are designed as linguistic games, that are linked to the content of the articles. Articles can be interpreted in different ways, as text —even when in a newspaper— is never 100% clear.

The format of this new(s)paper is an endless loop, the news keeps on producing itself regardless the ends of the pages.

From Hero to Zero

A zine that deals with the rise and
the bankruptcy of the Belgian Airline Company Sabena.

The zine holds two covers, one for each part. It can be flipped through in two ways. In the middle of the zine Hero and Zero meet in a centerfold. 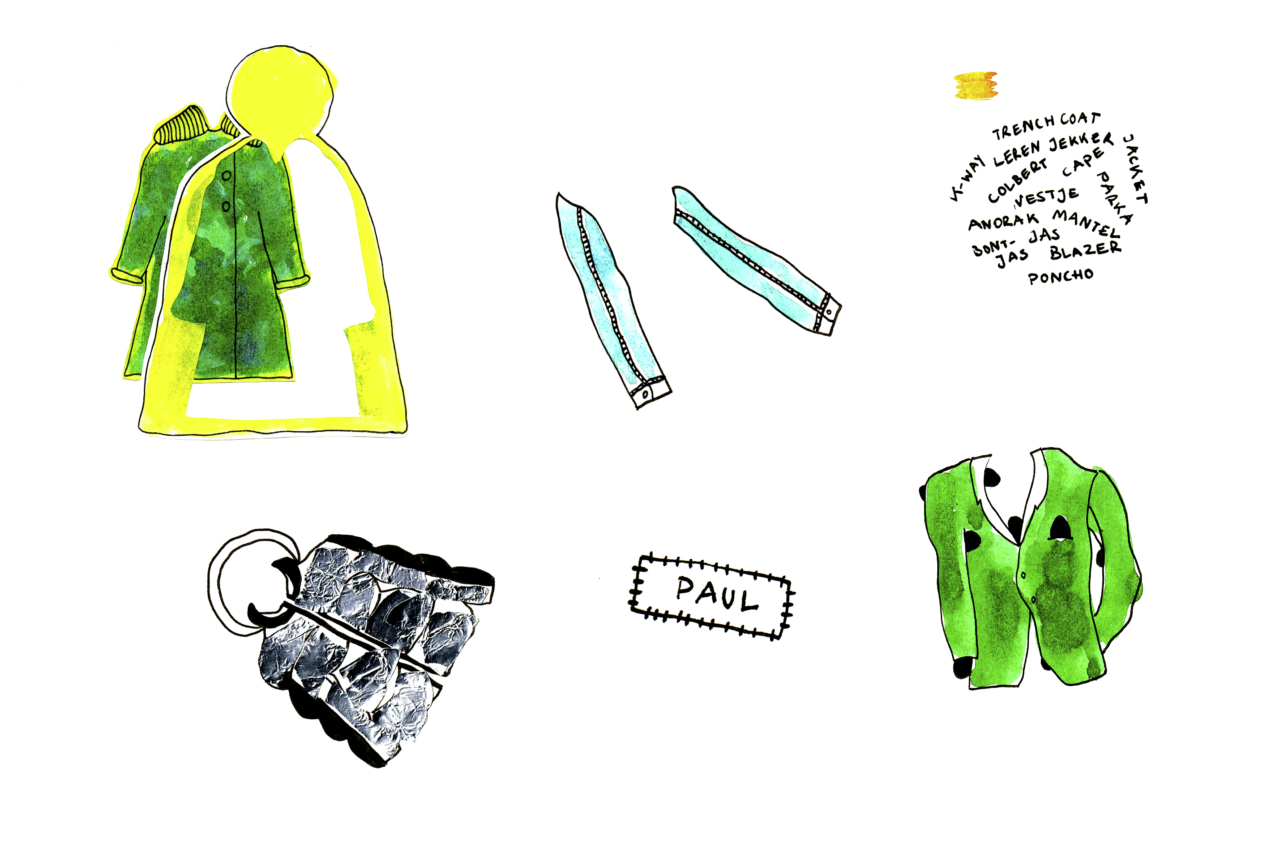 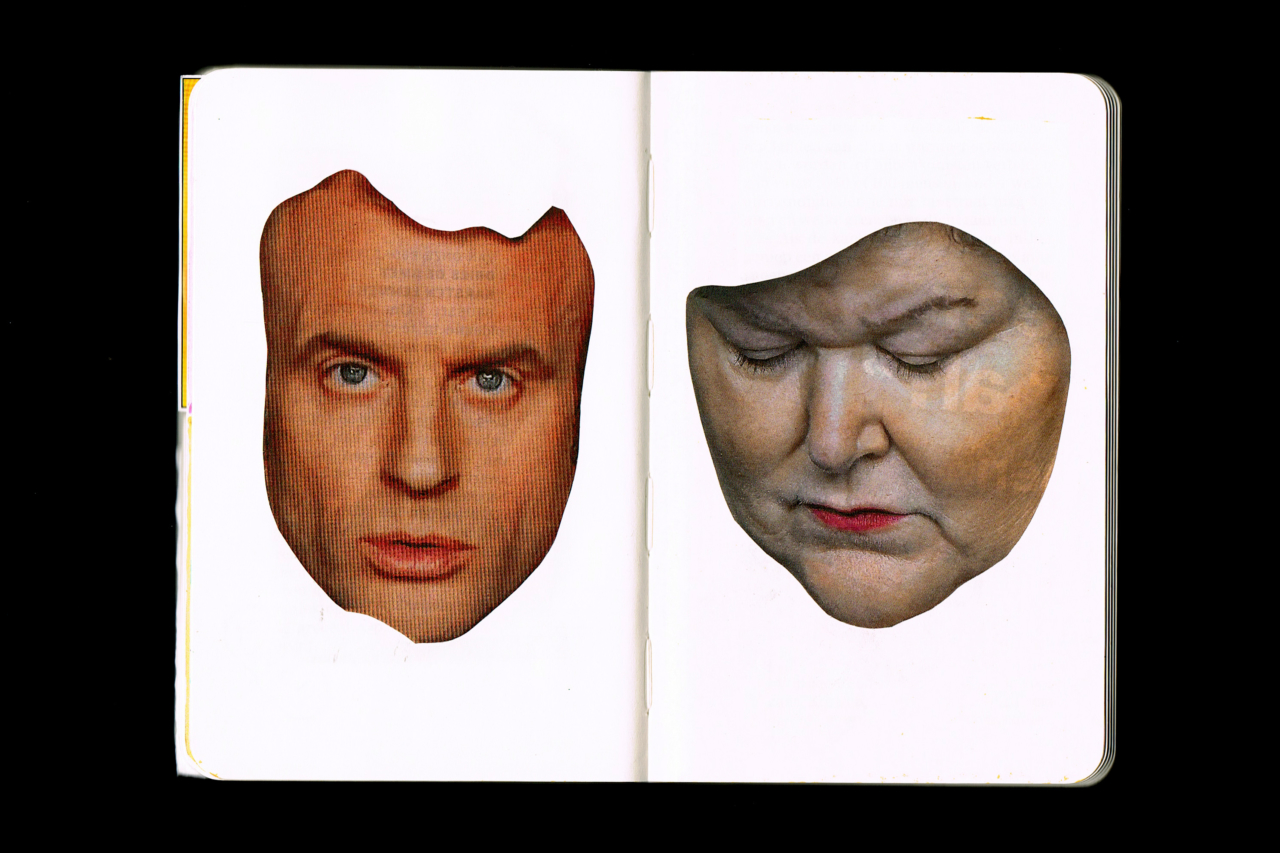 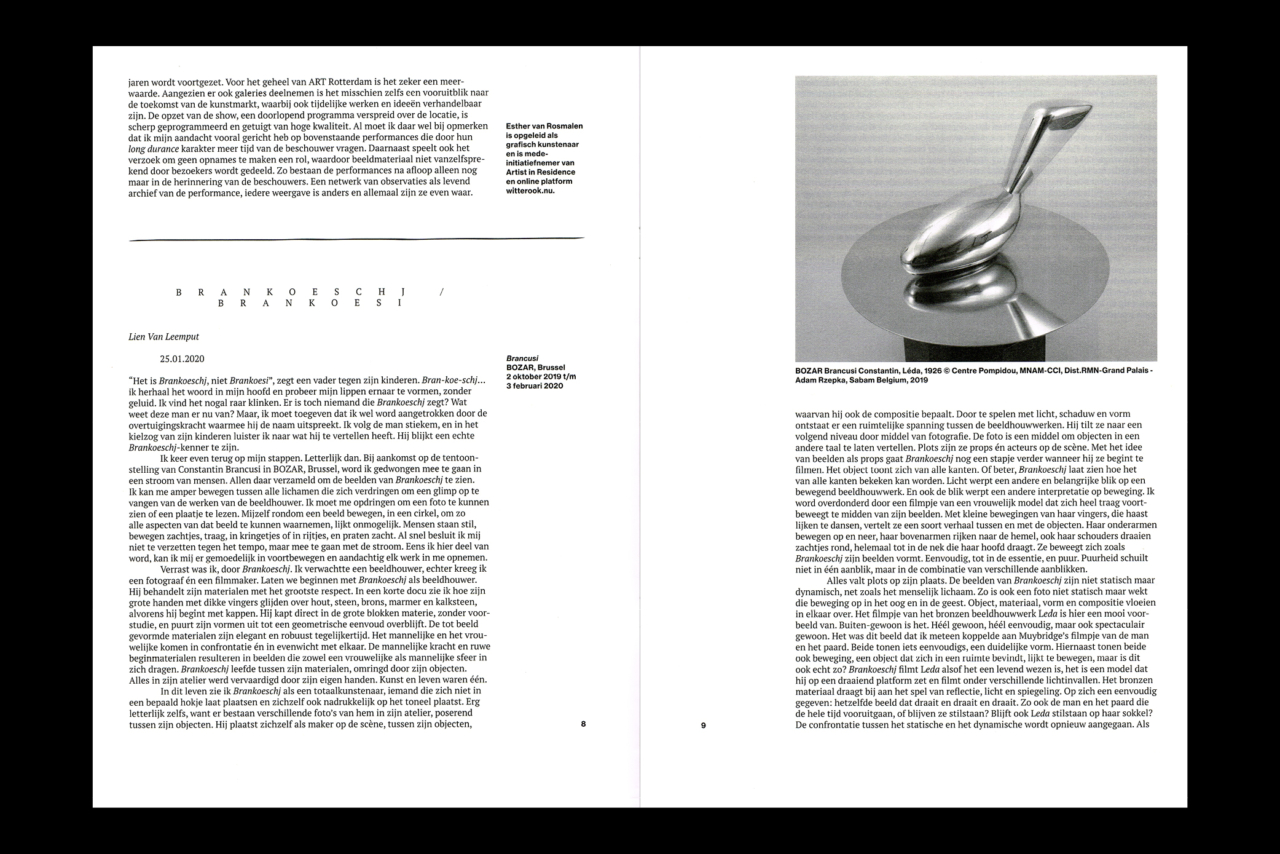 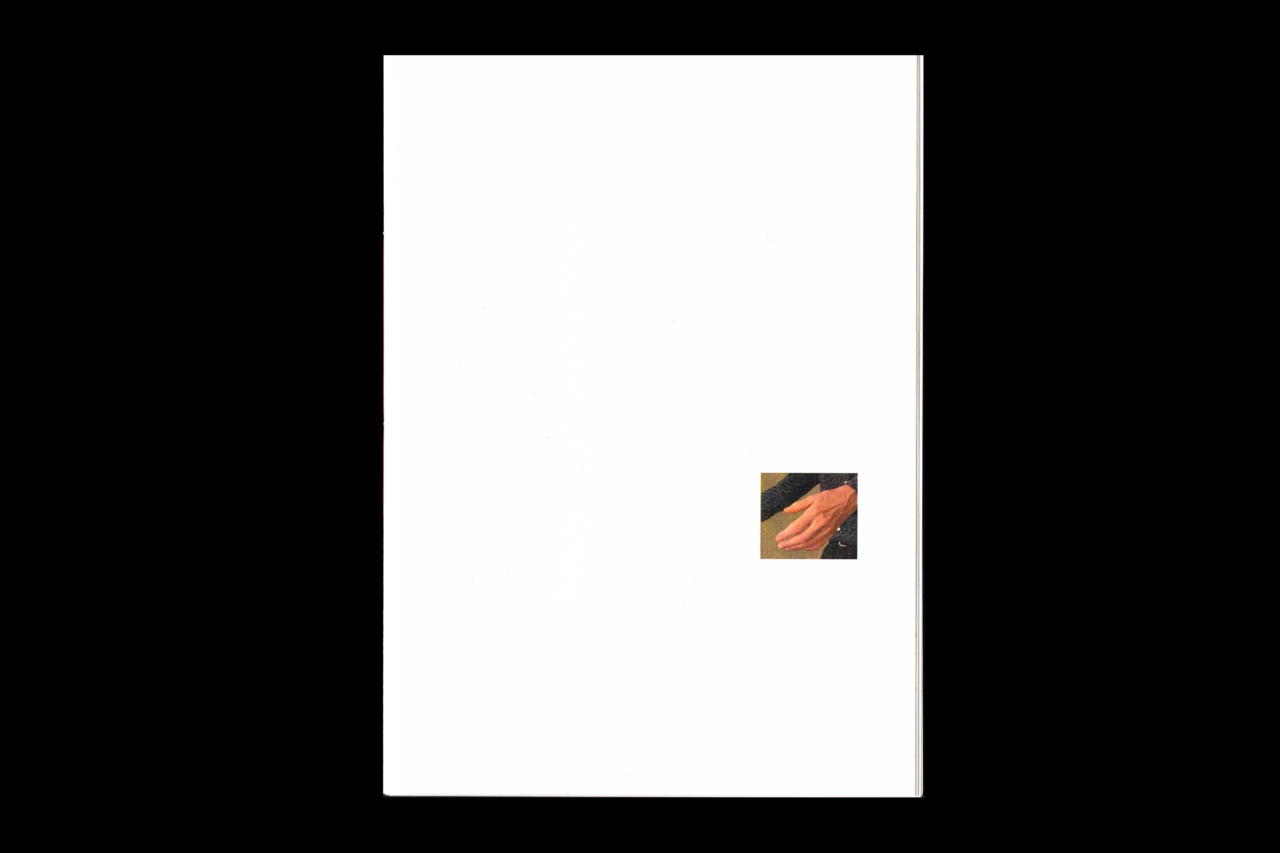 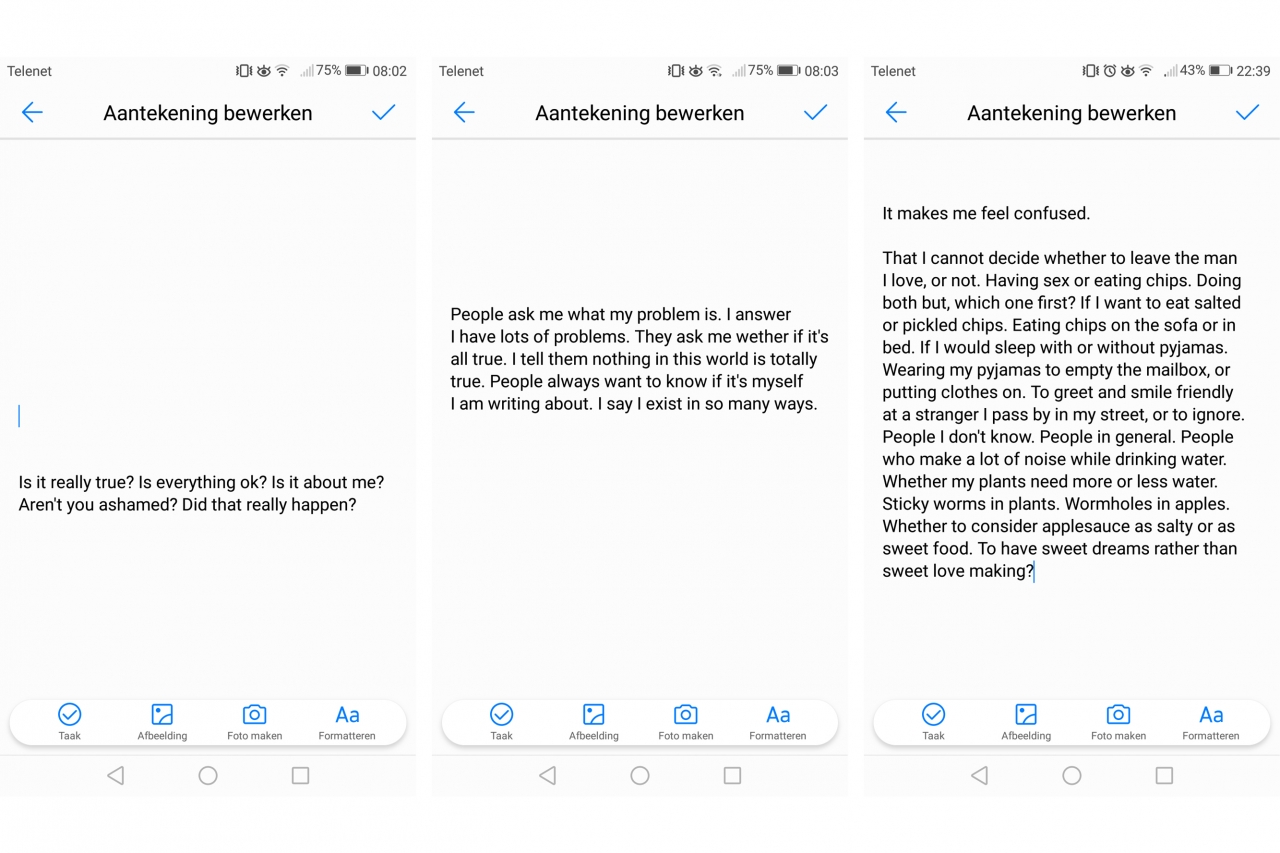 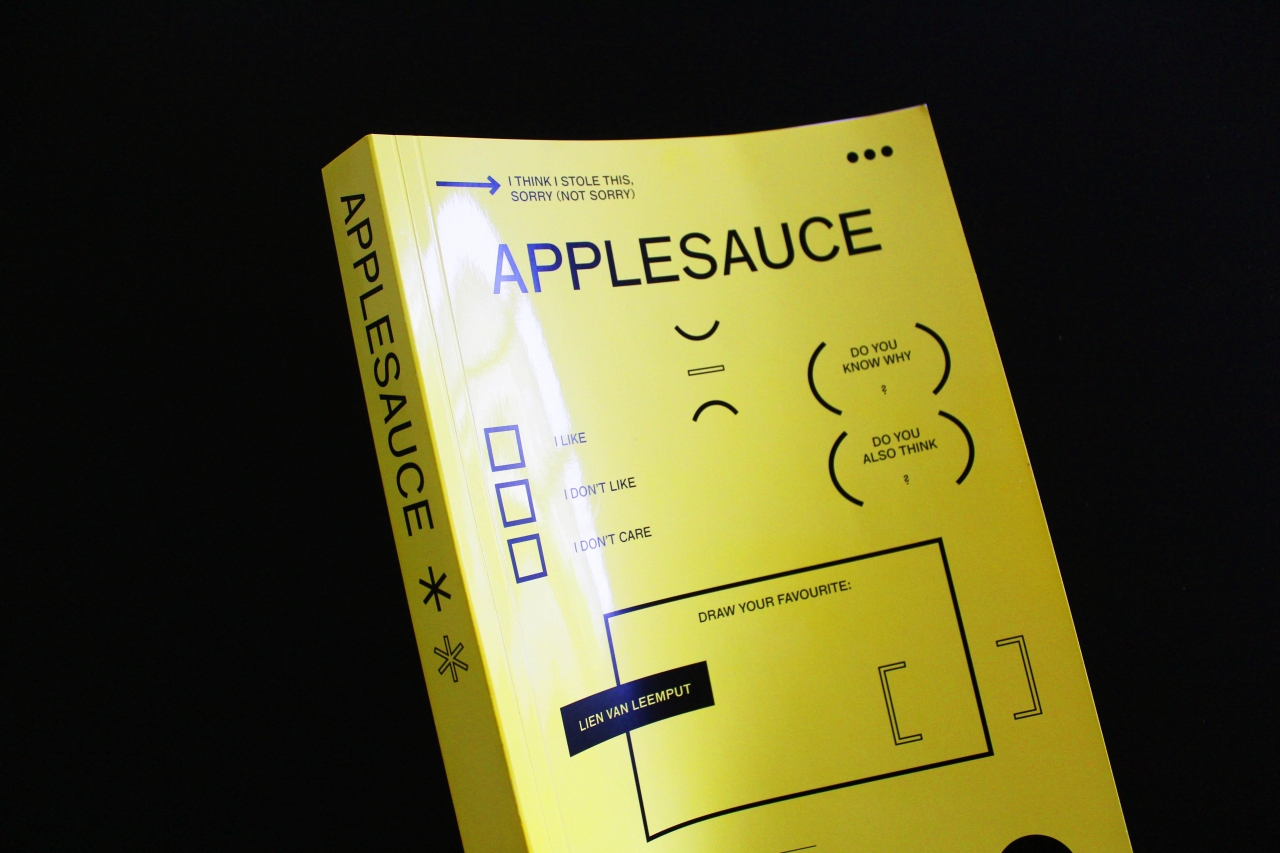 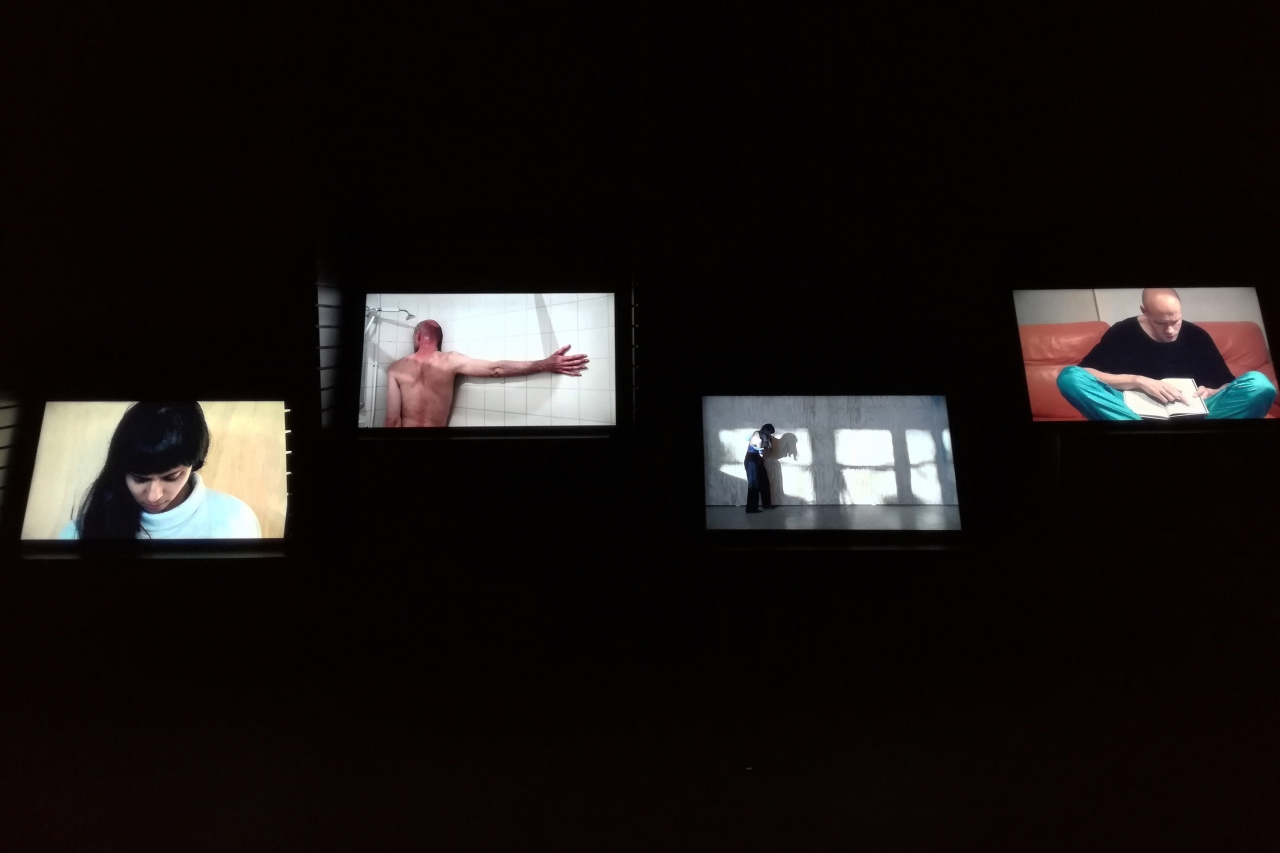 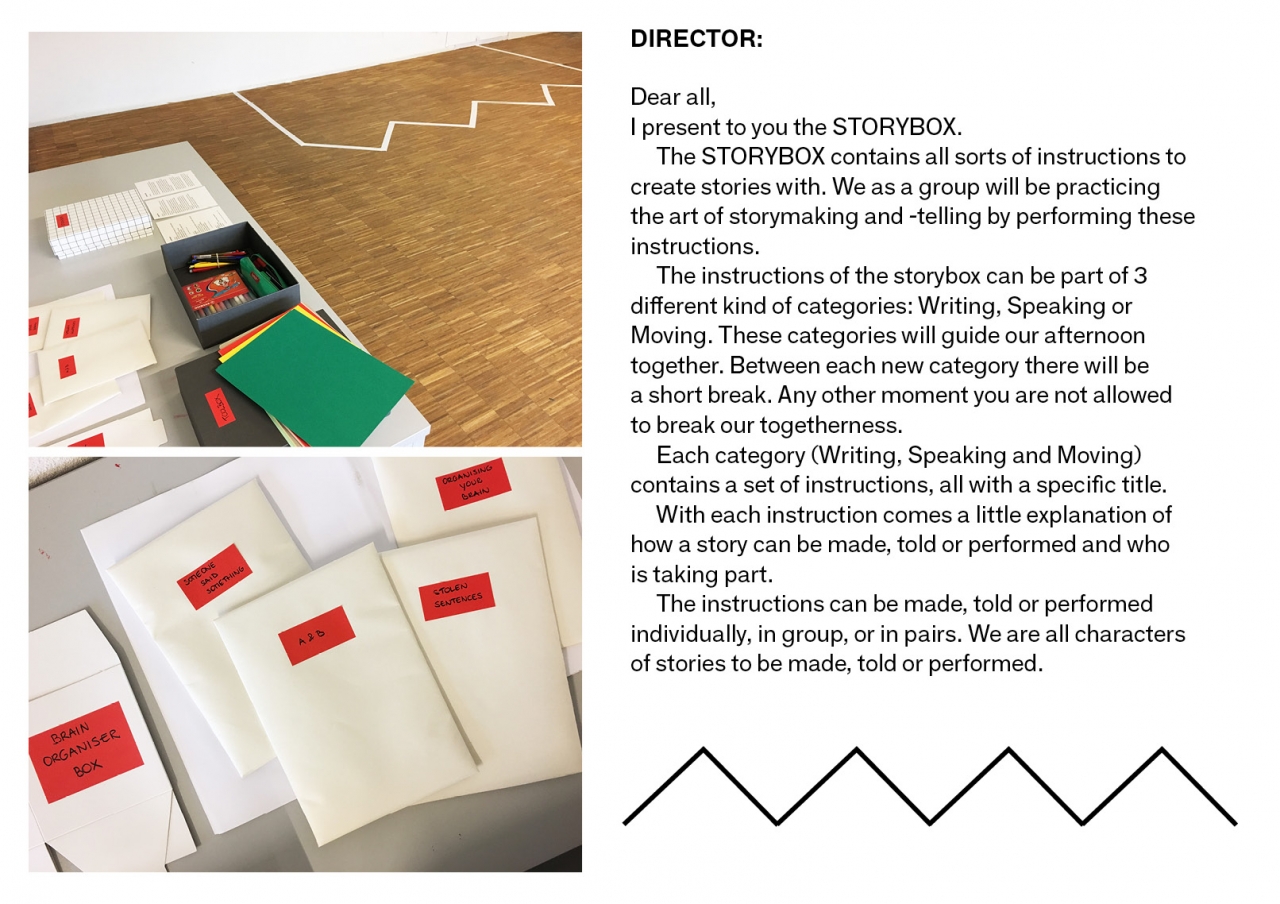 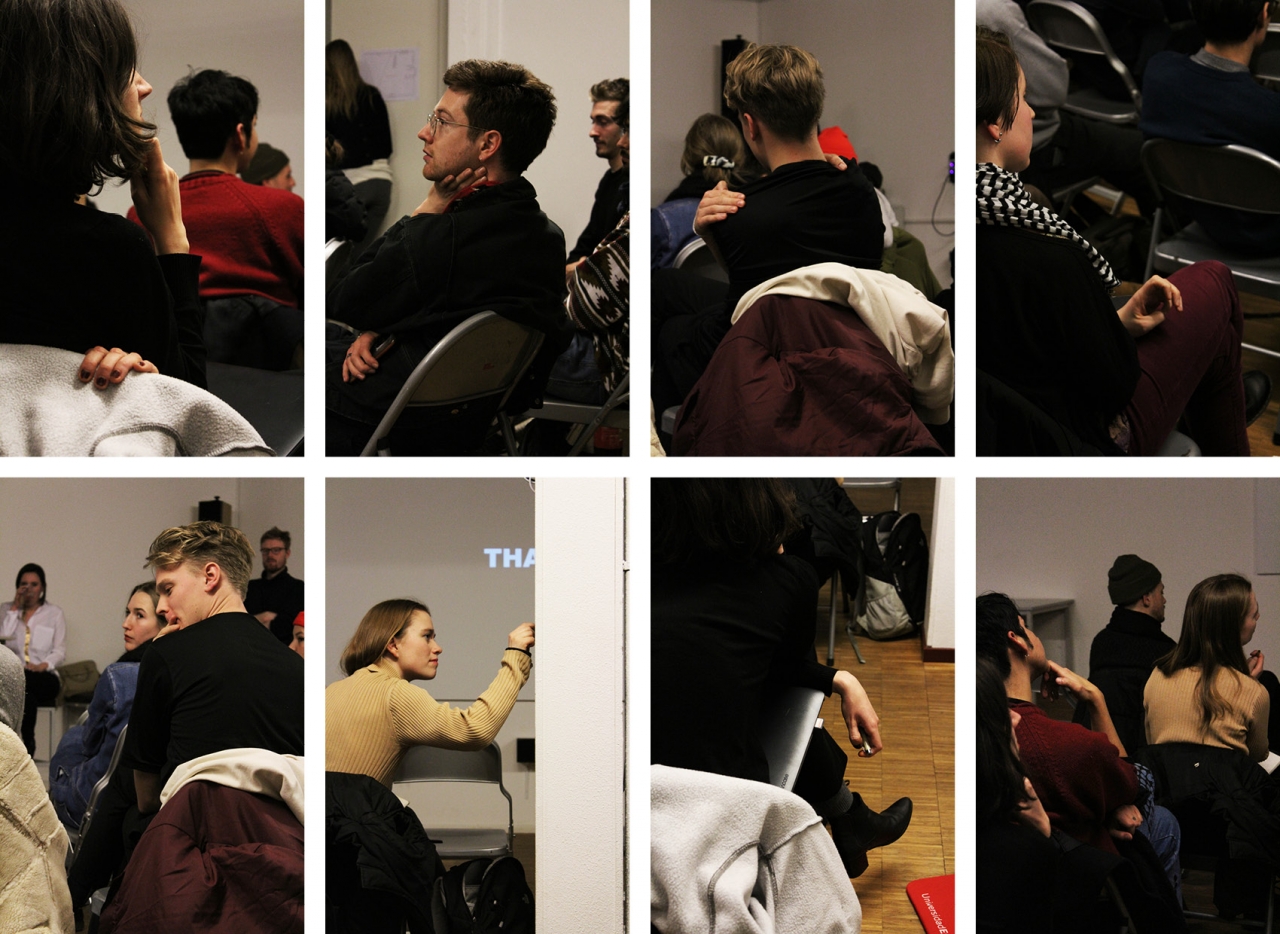 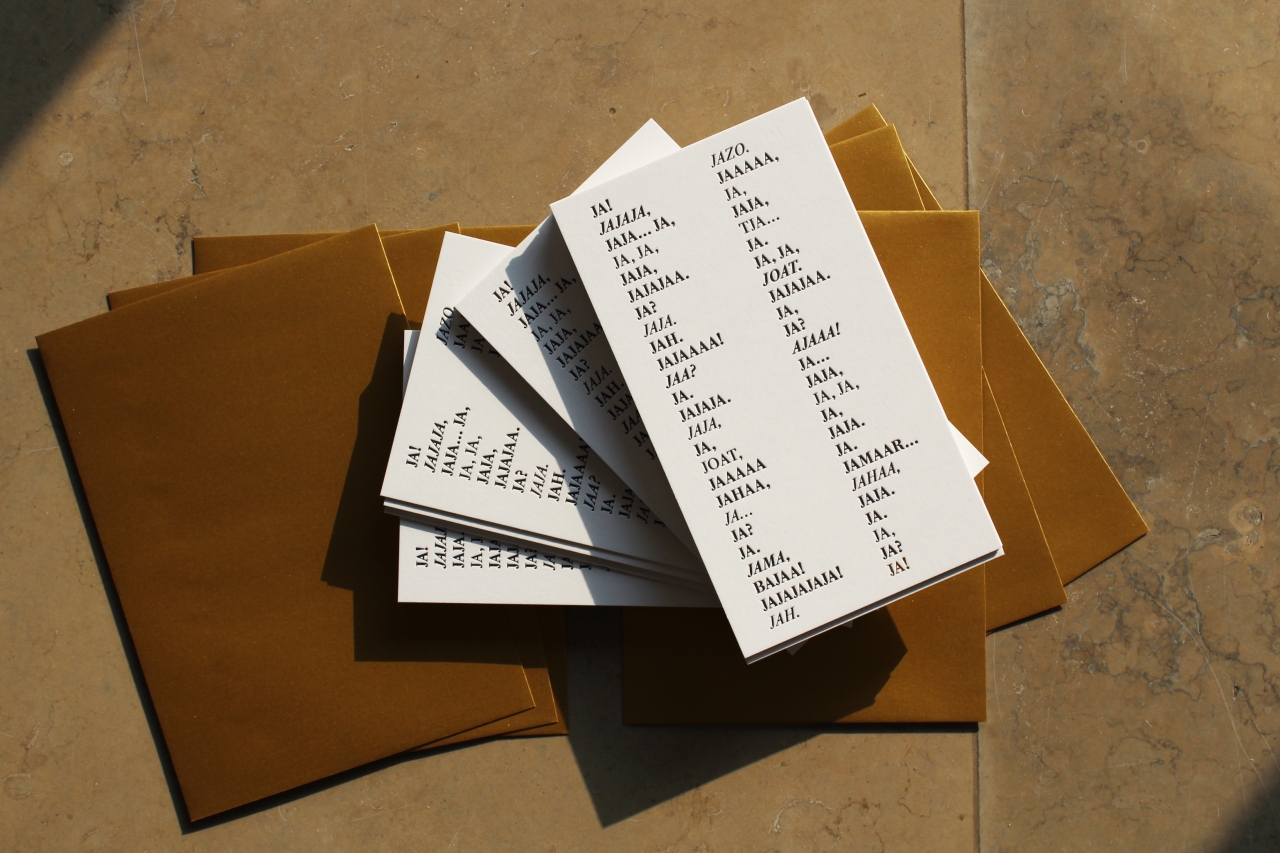 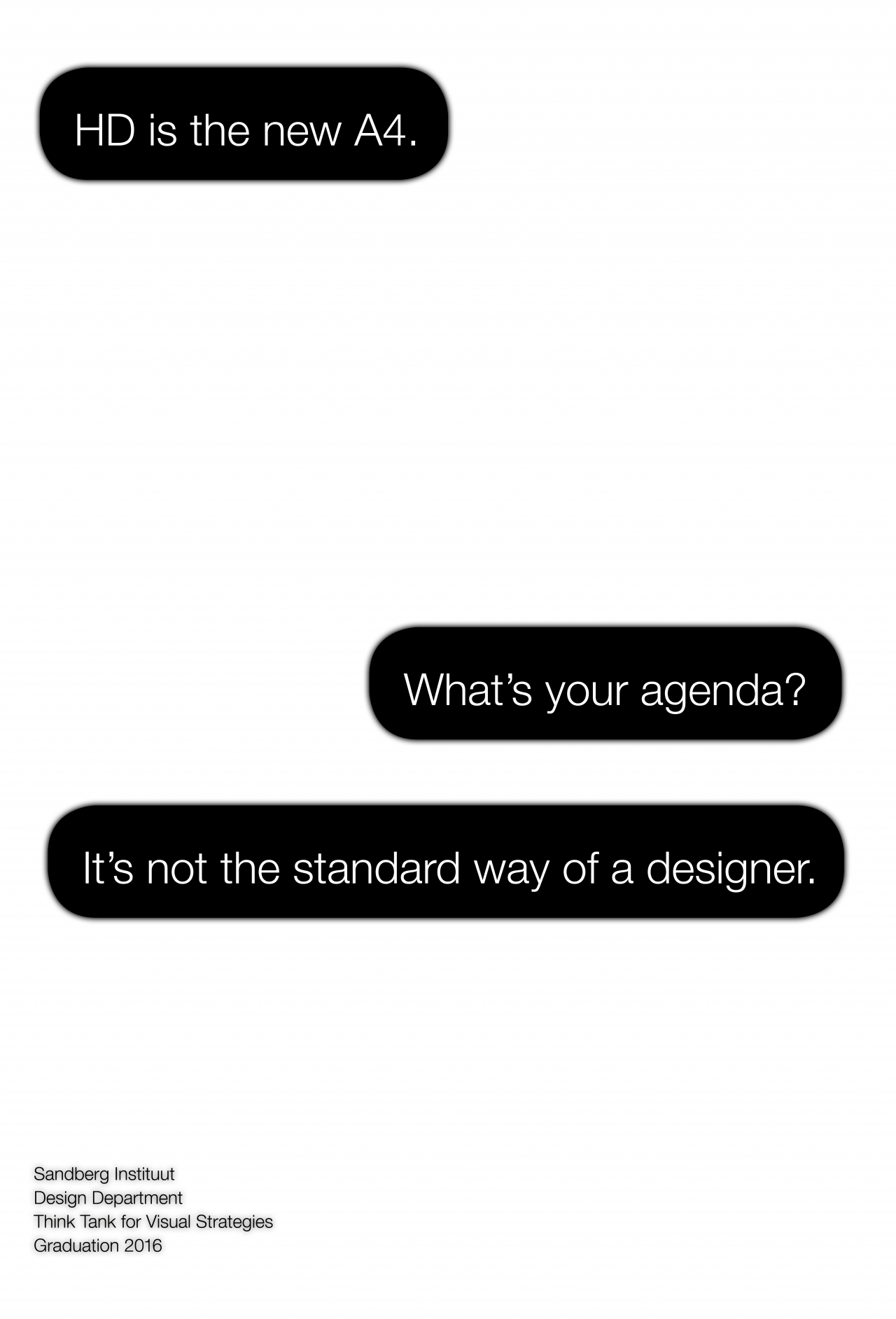 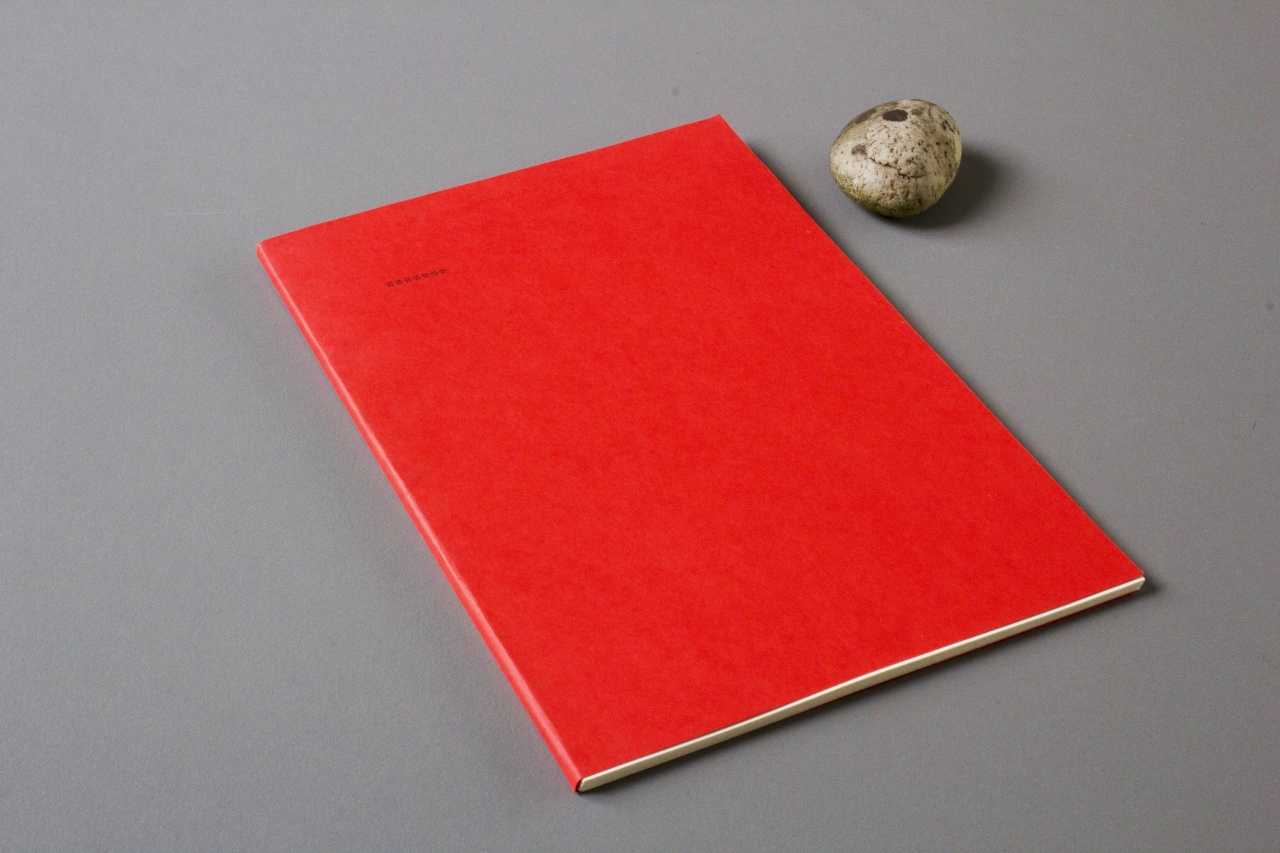 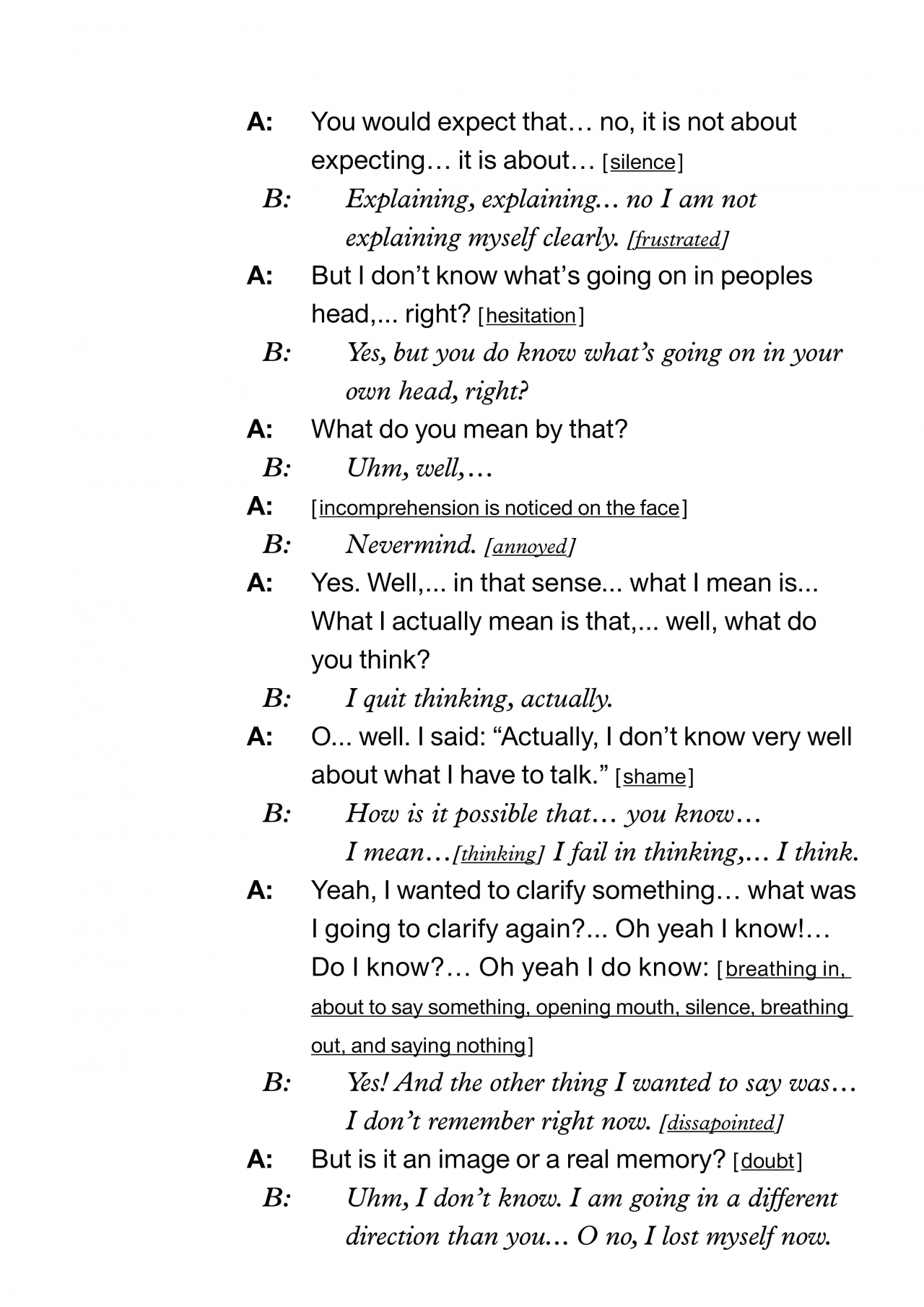 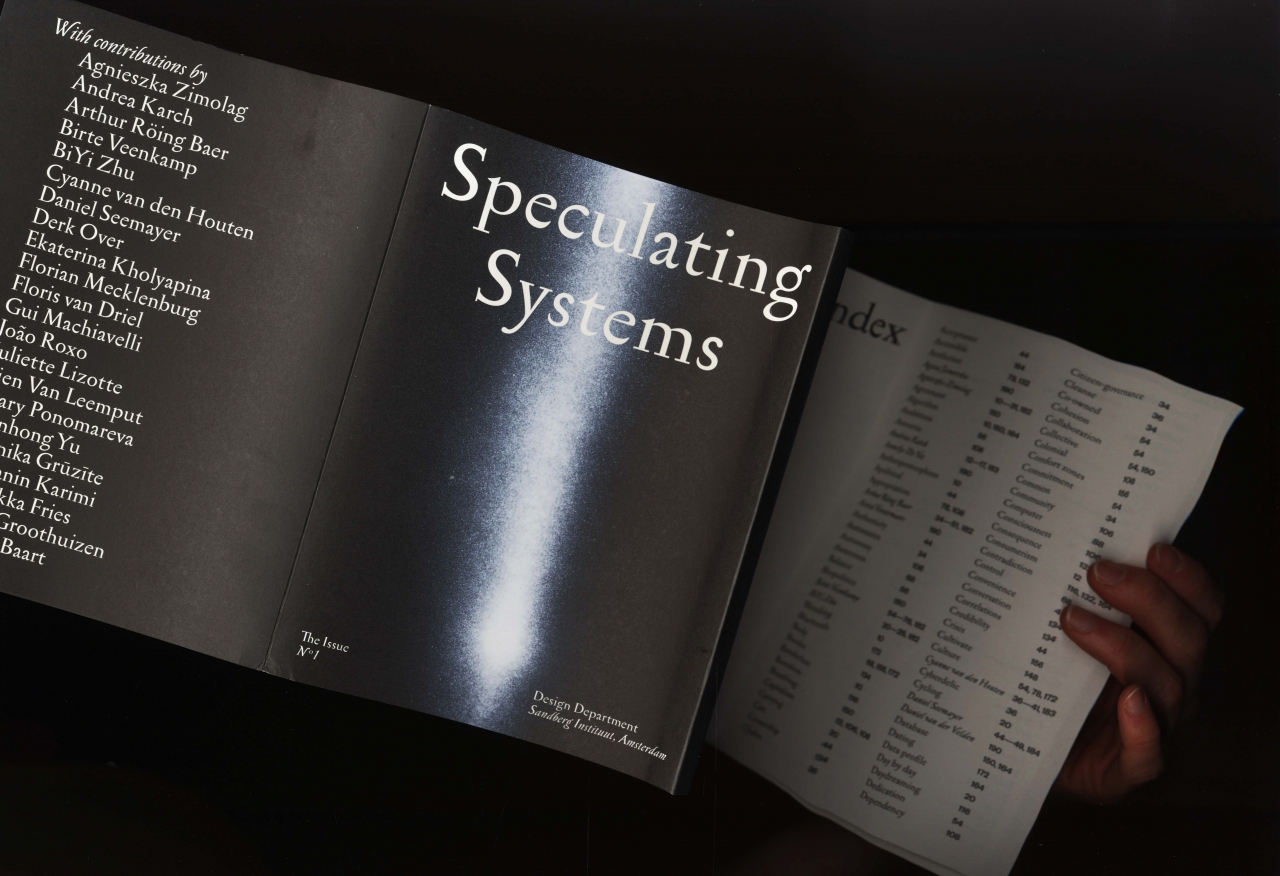 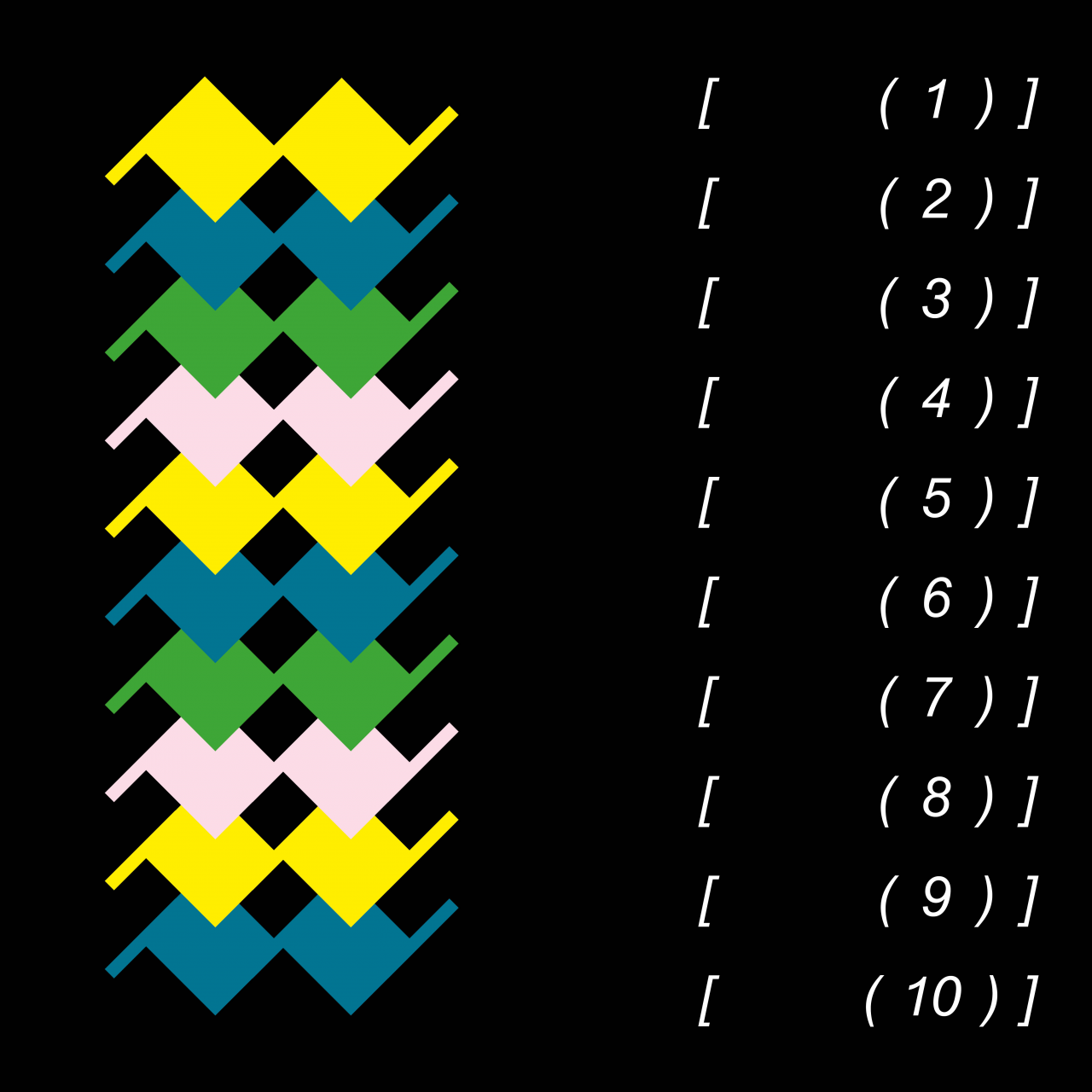 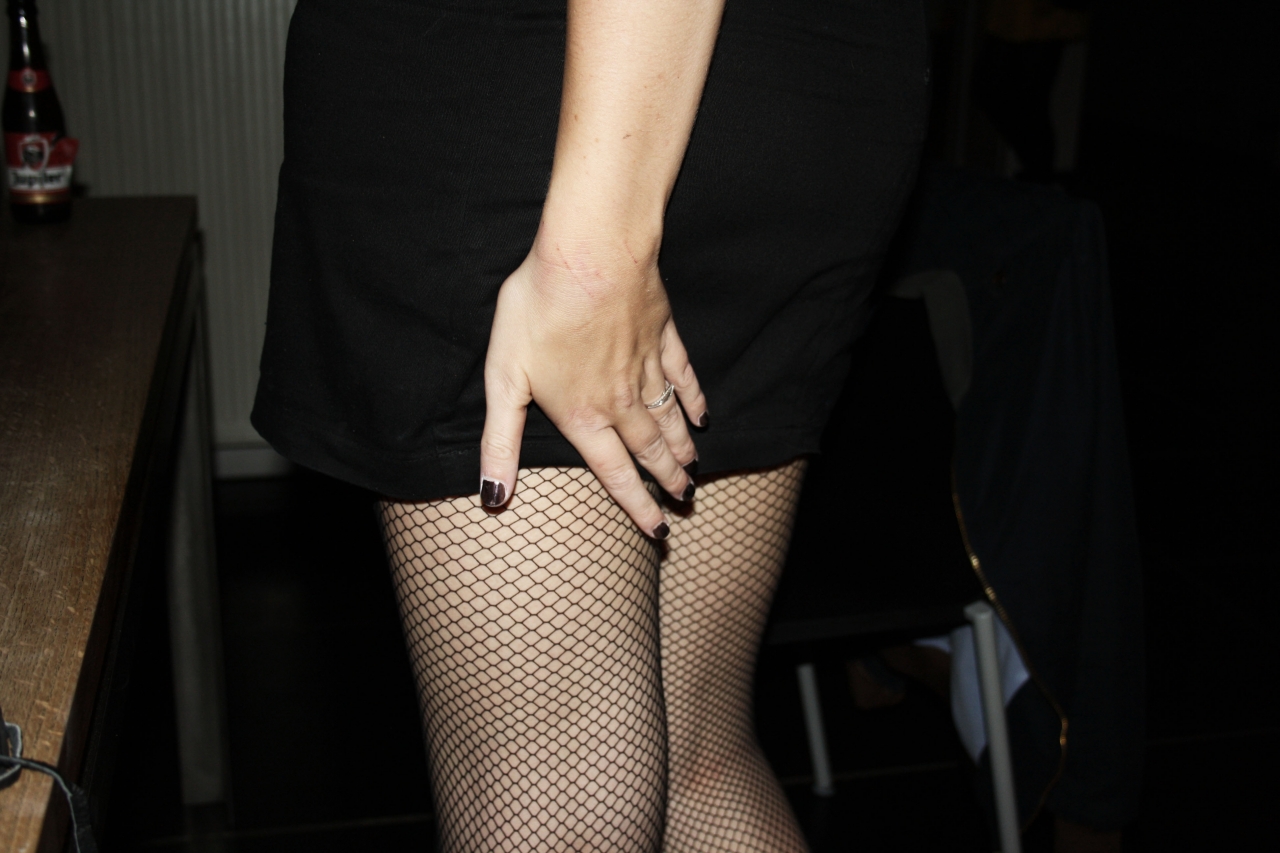 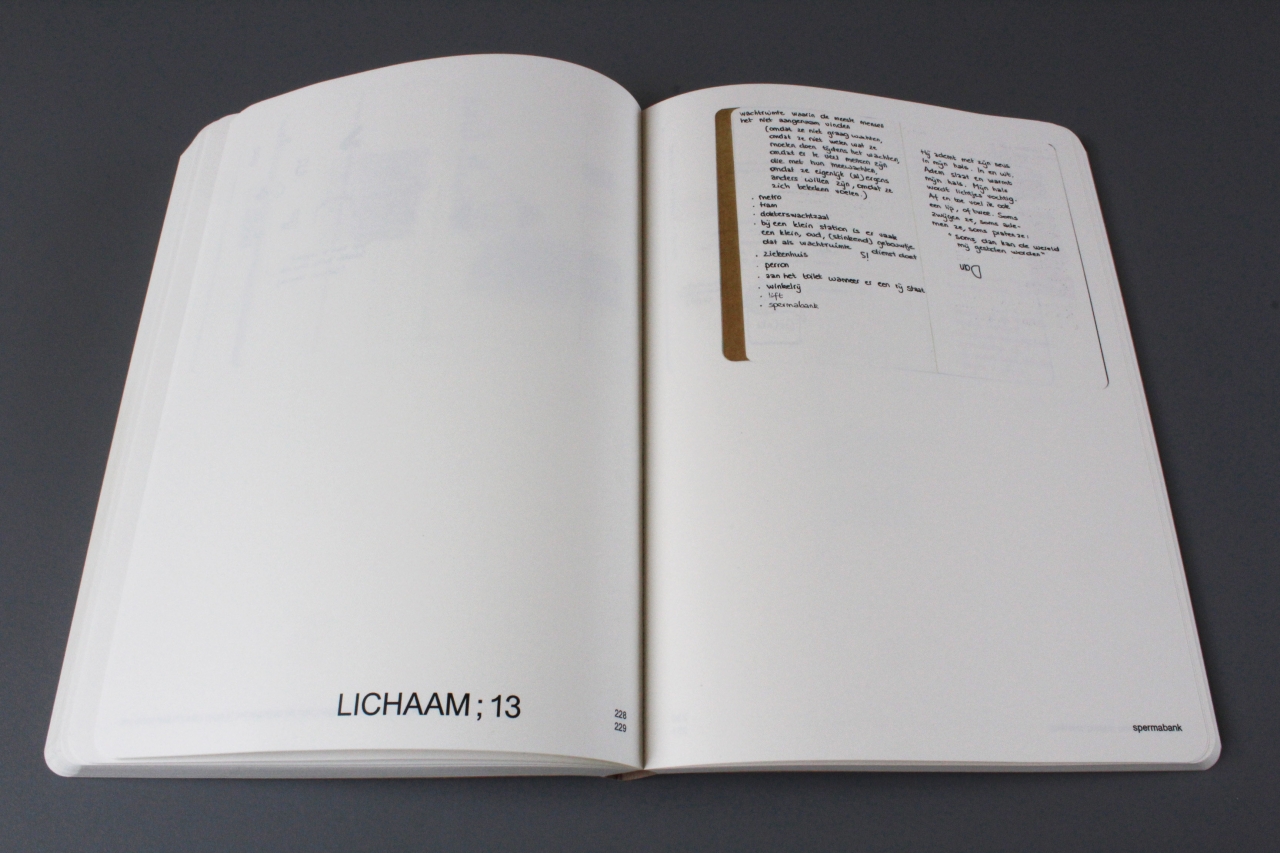 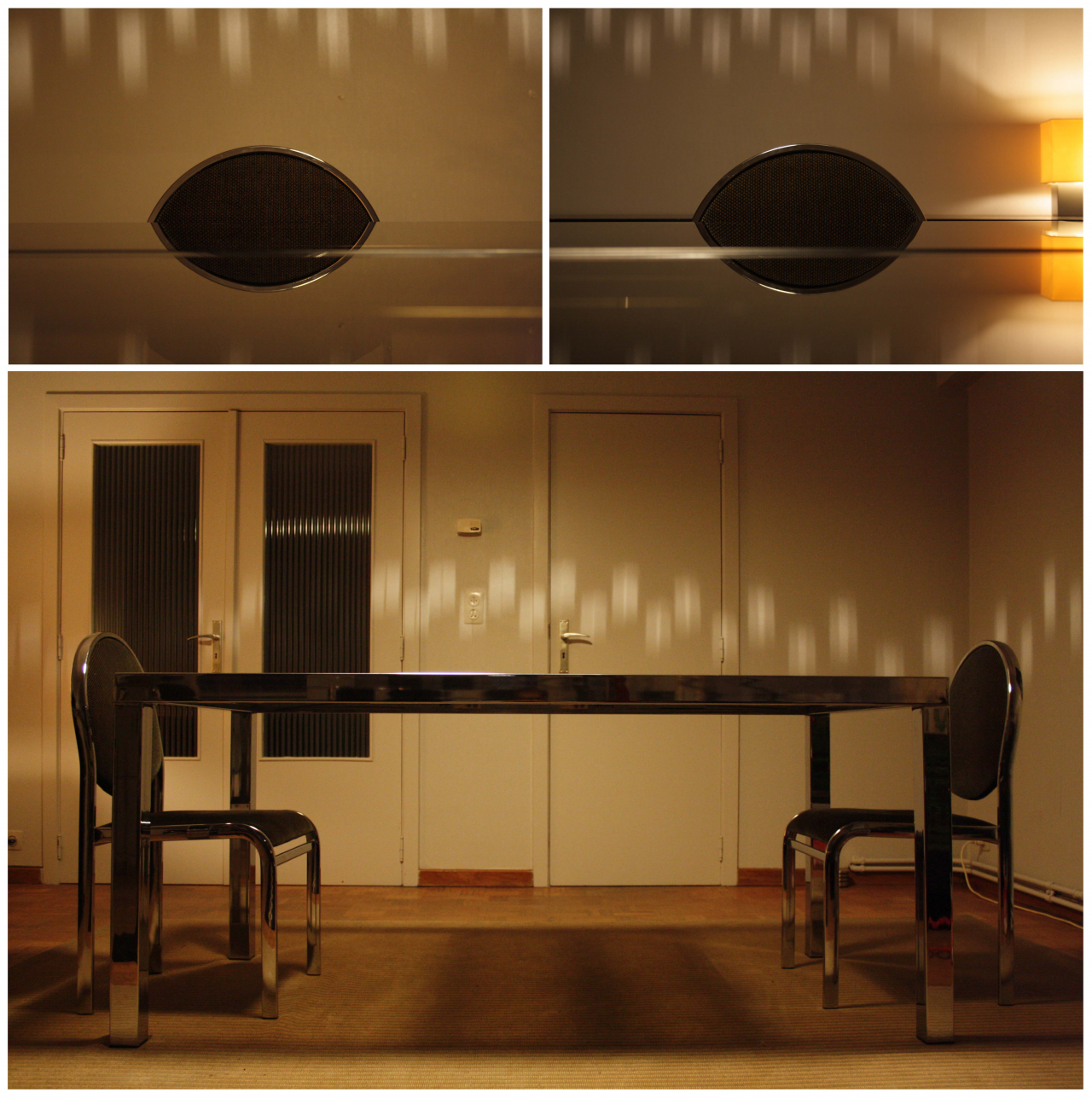 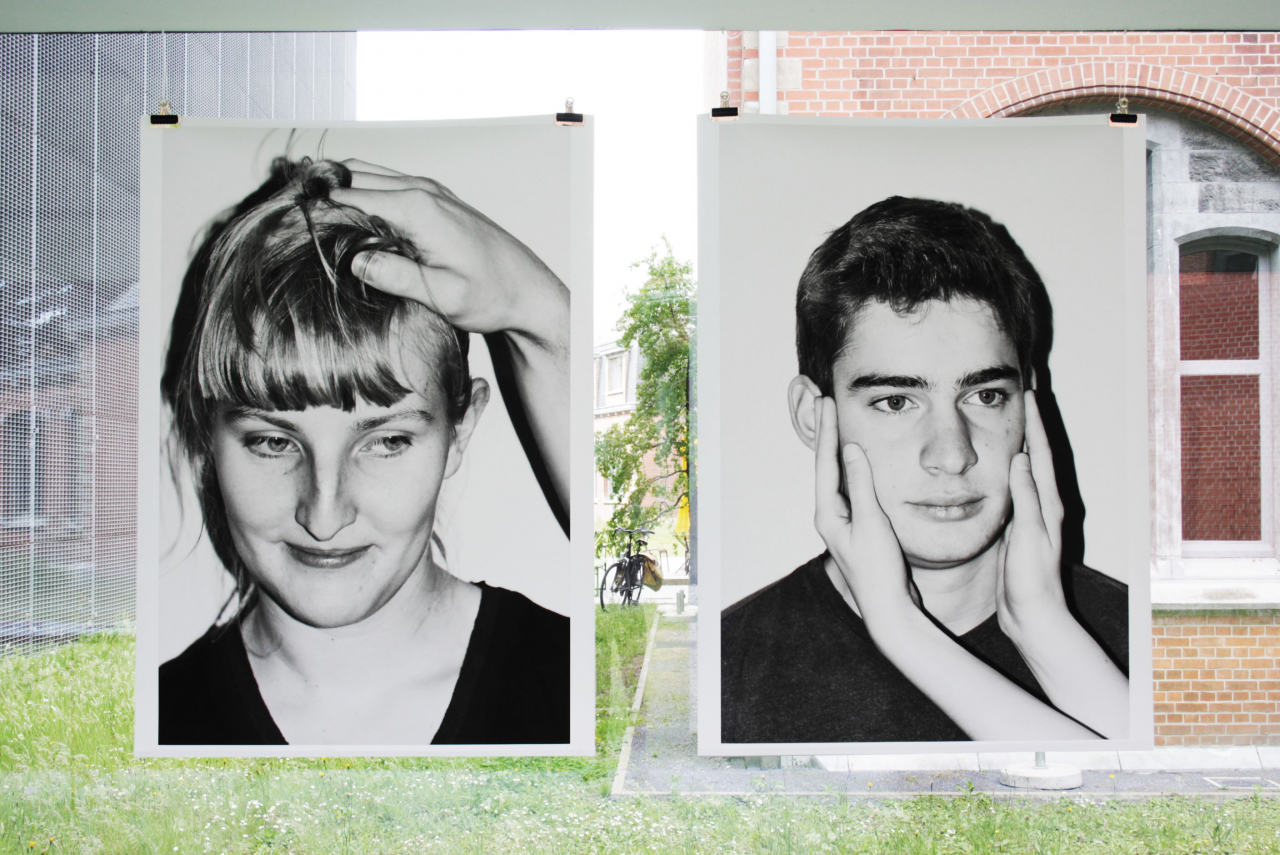 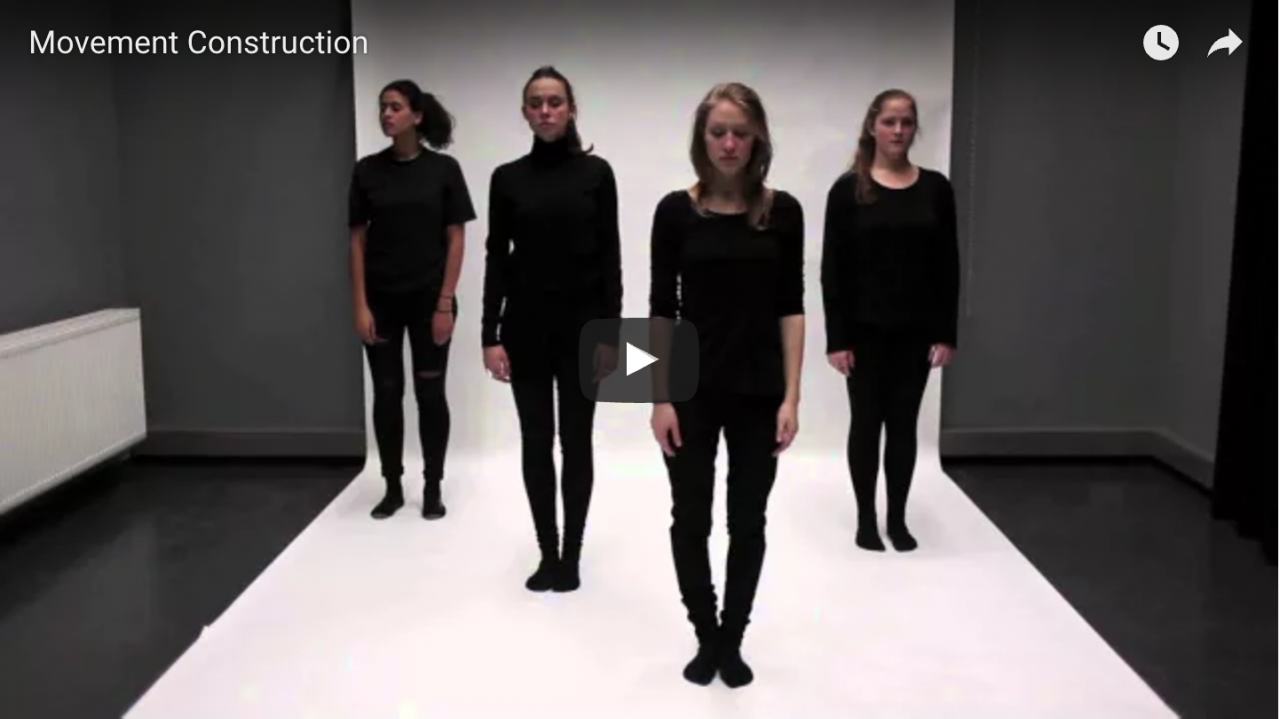 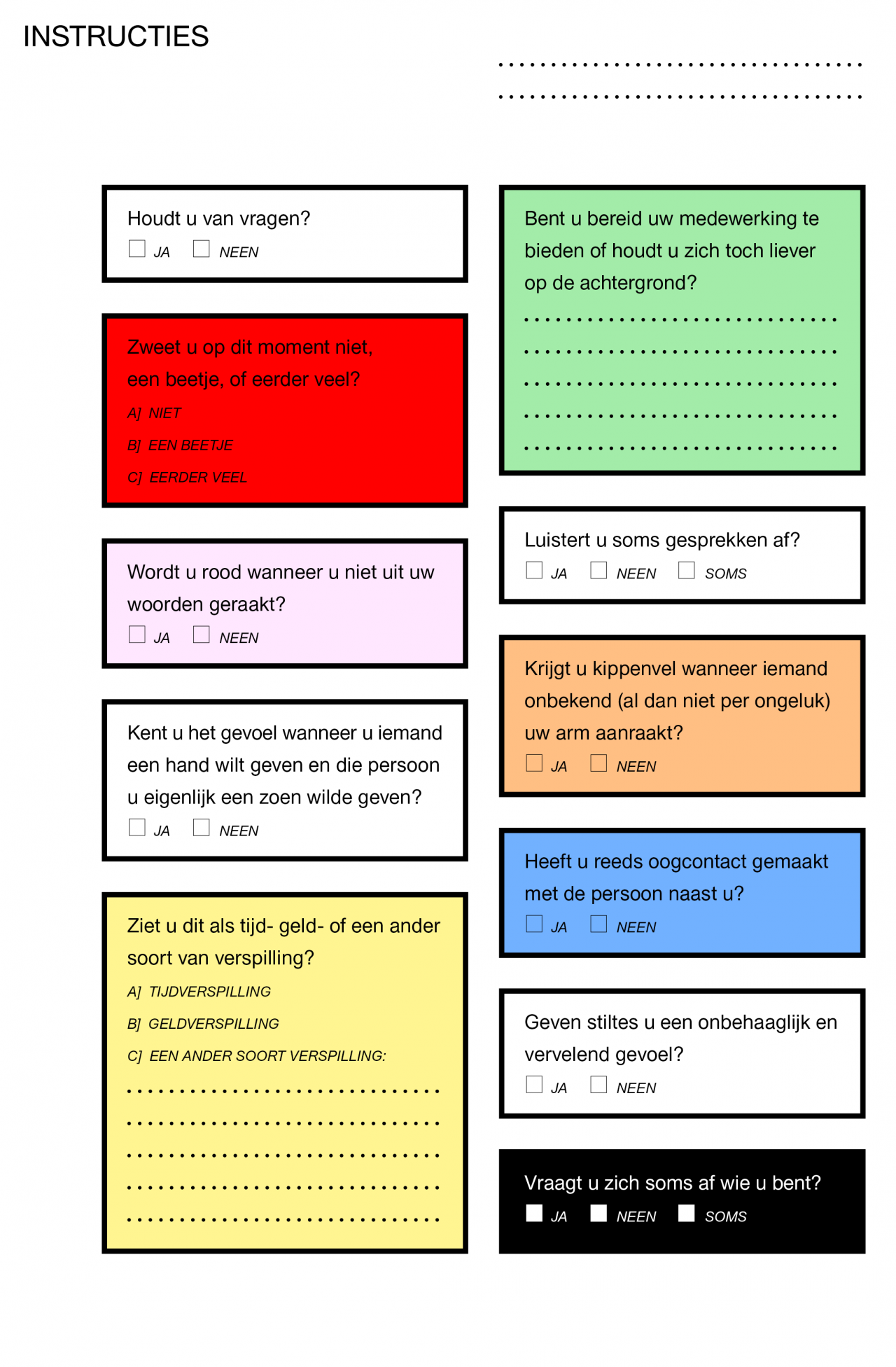 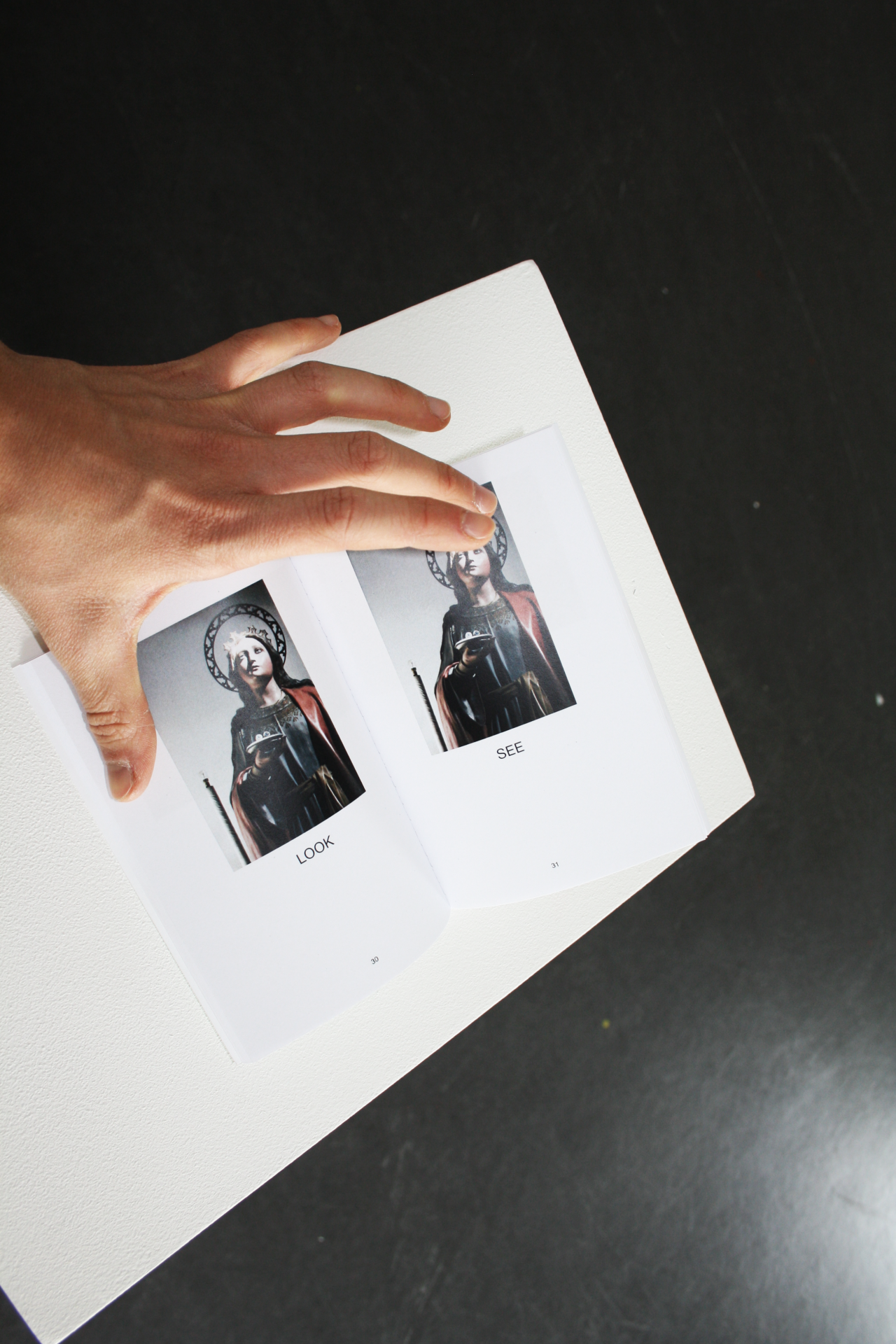 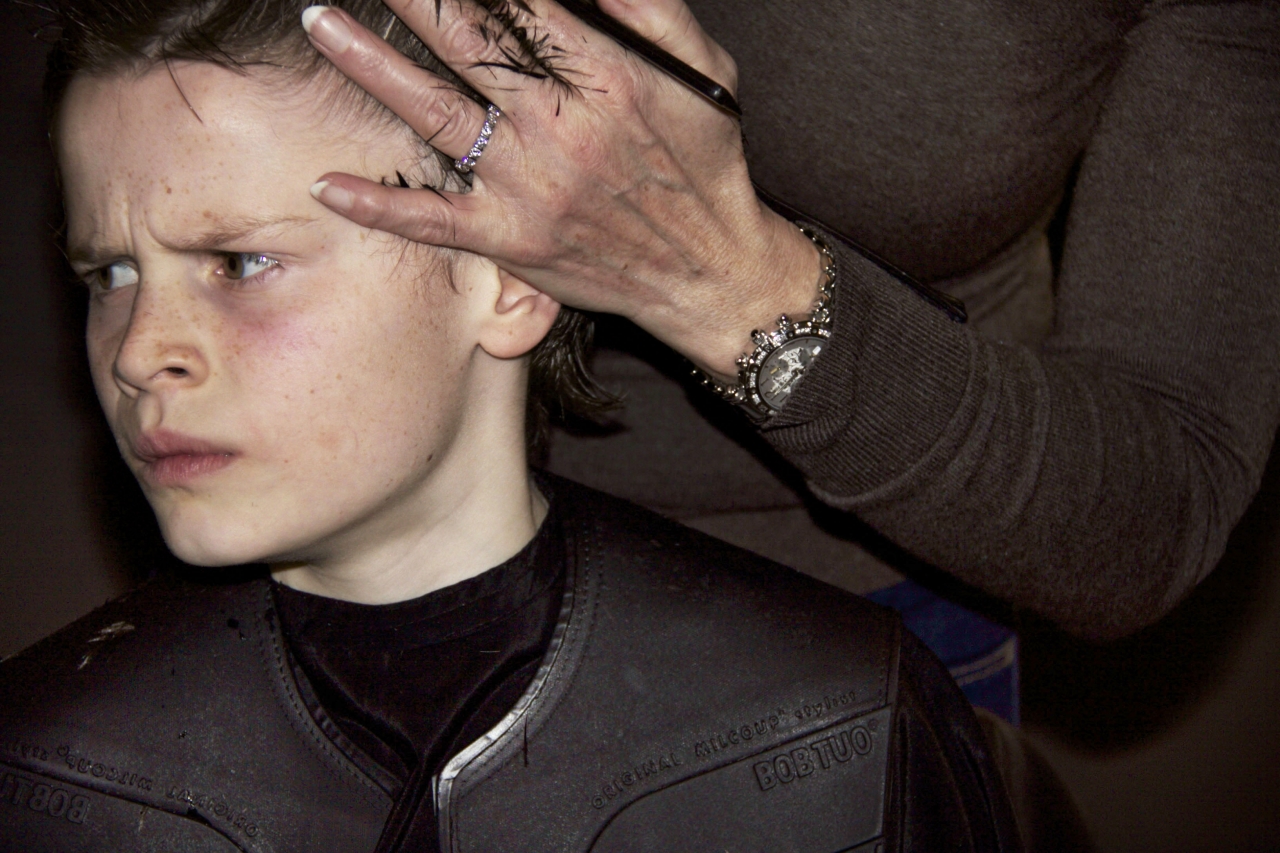 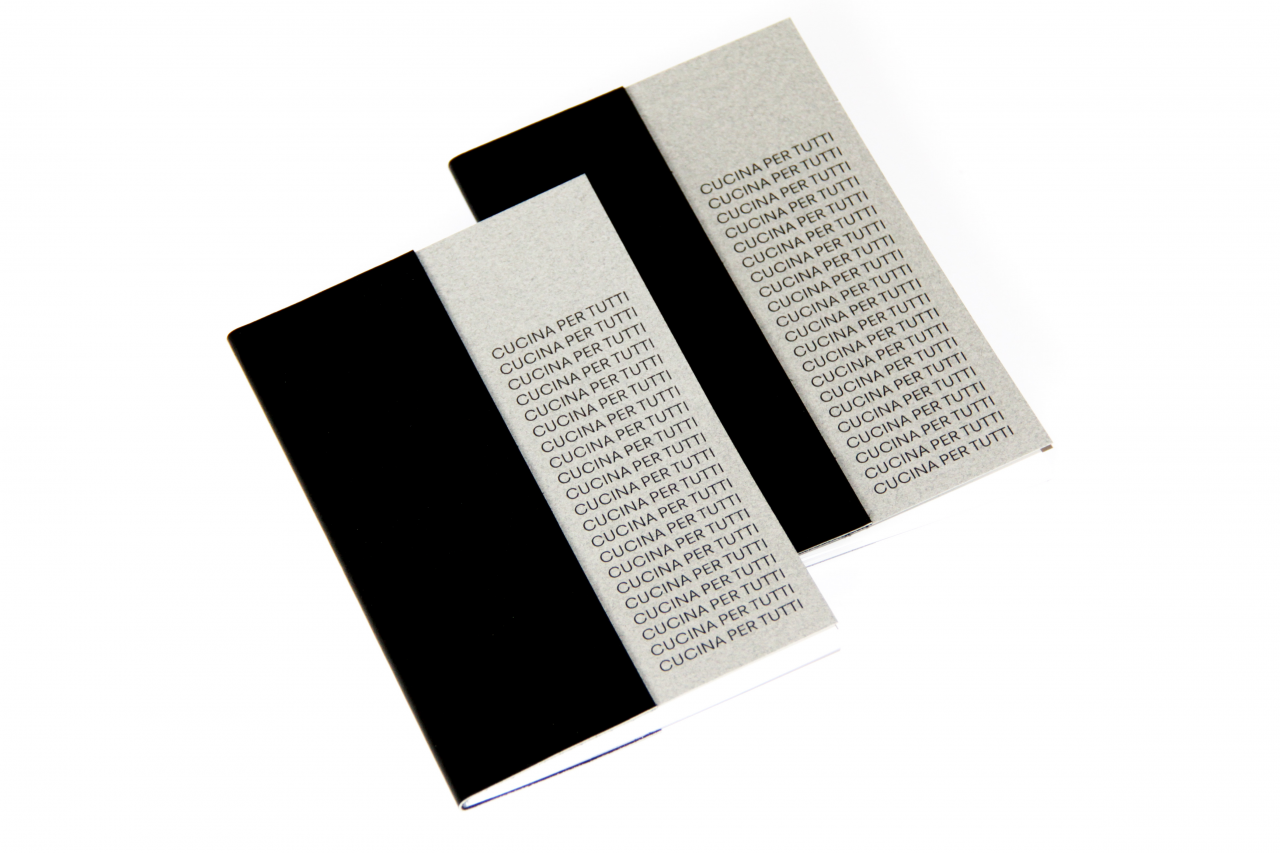 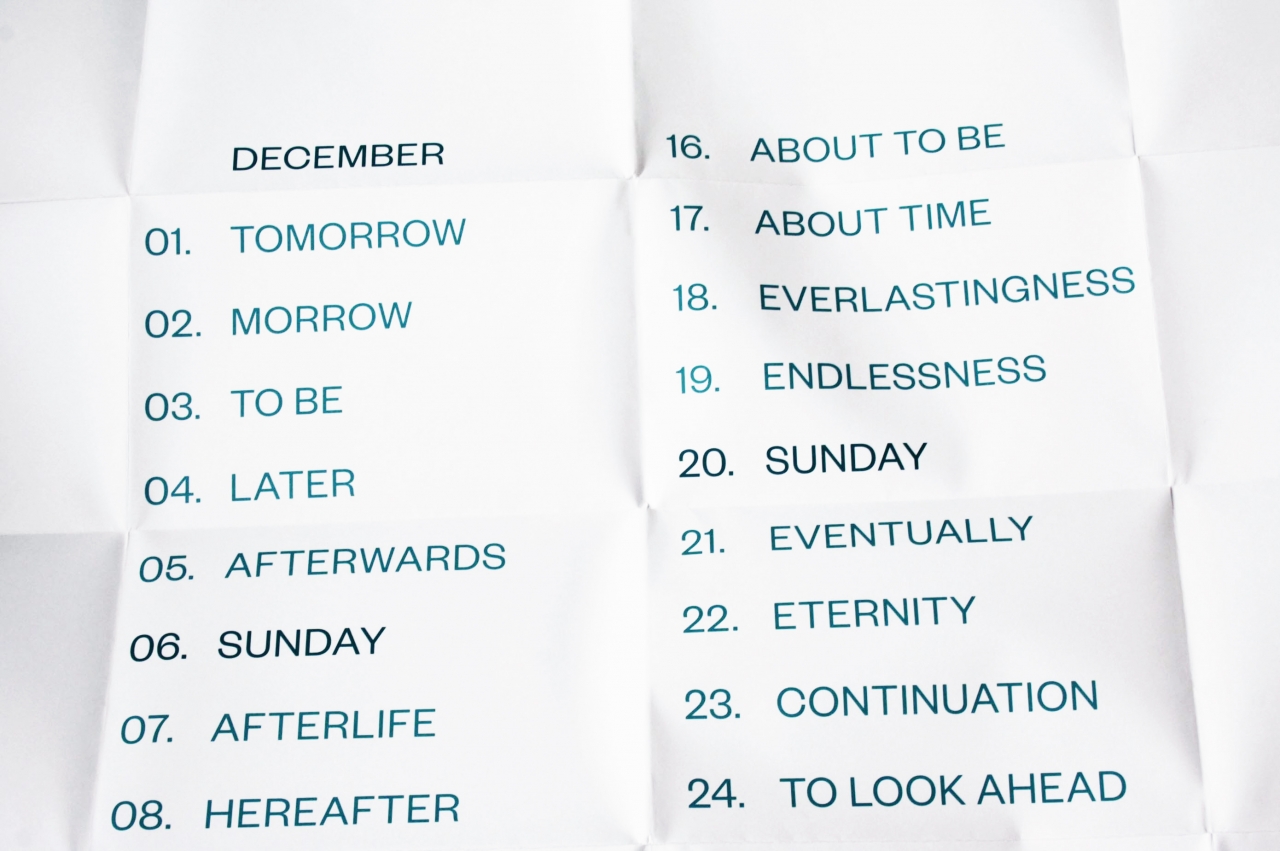 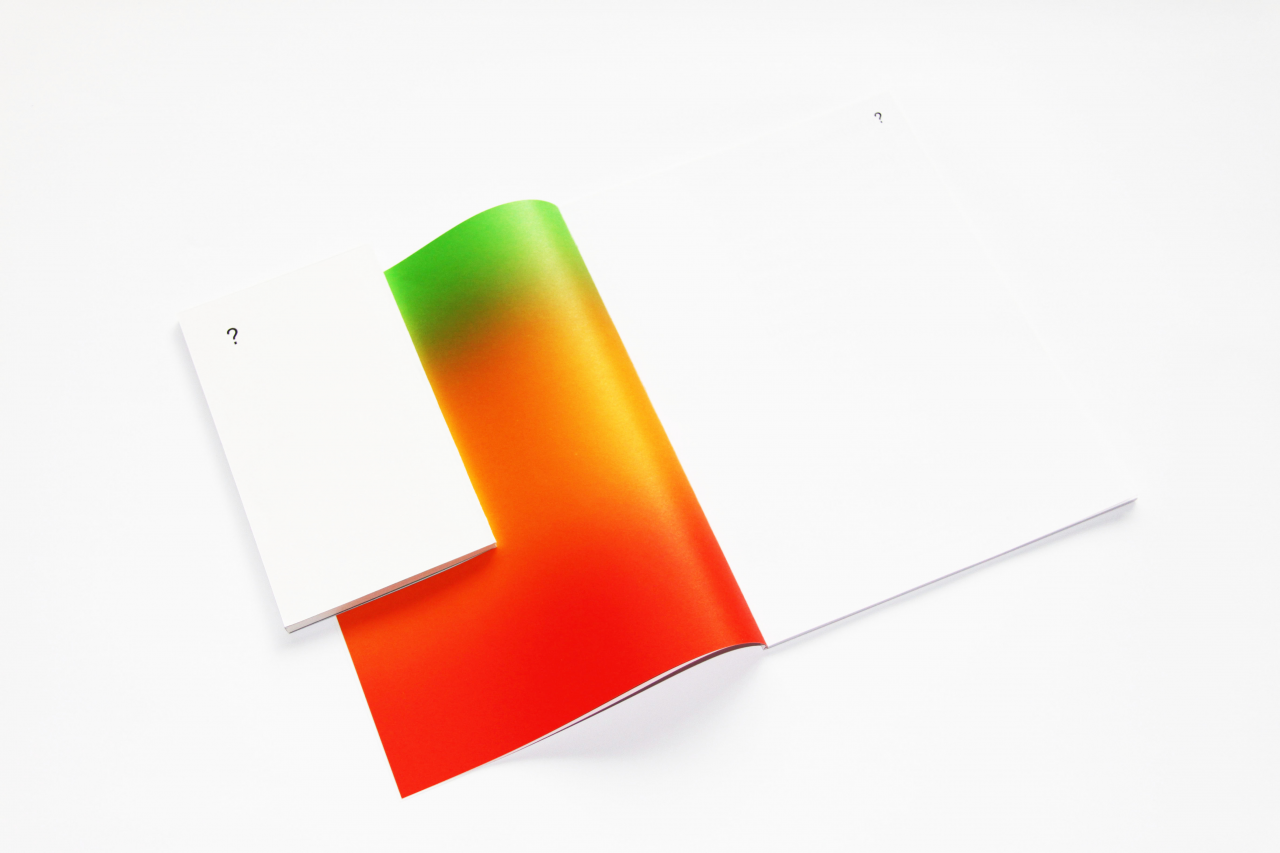 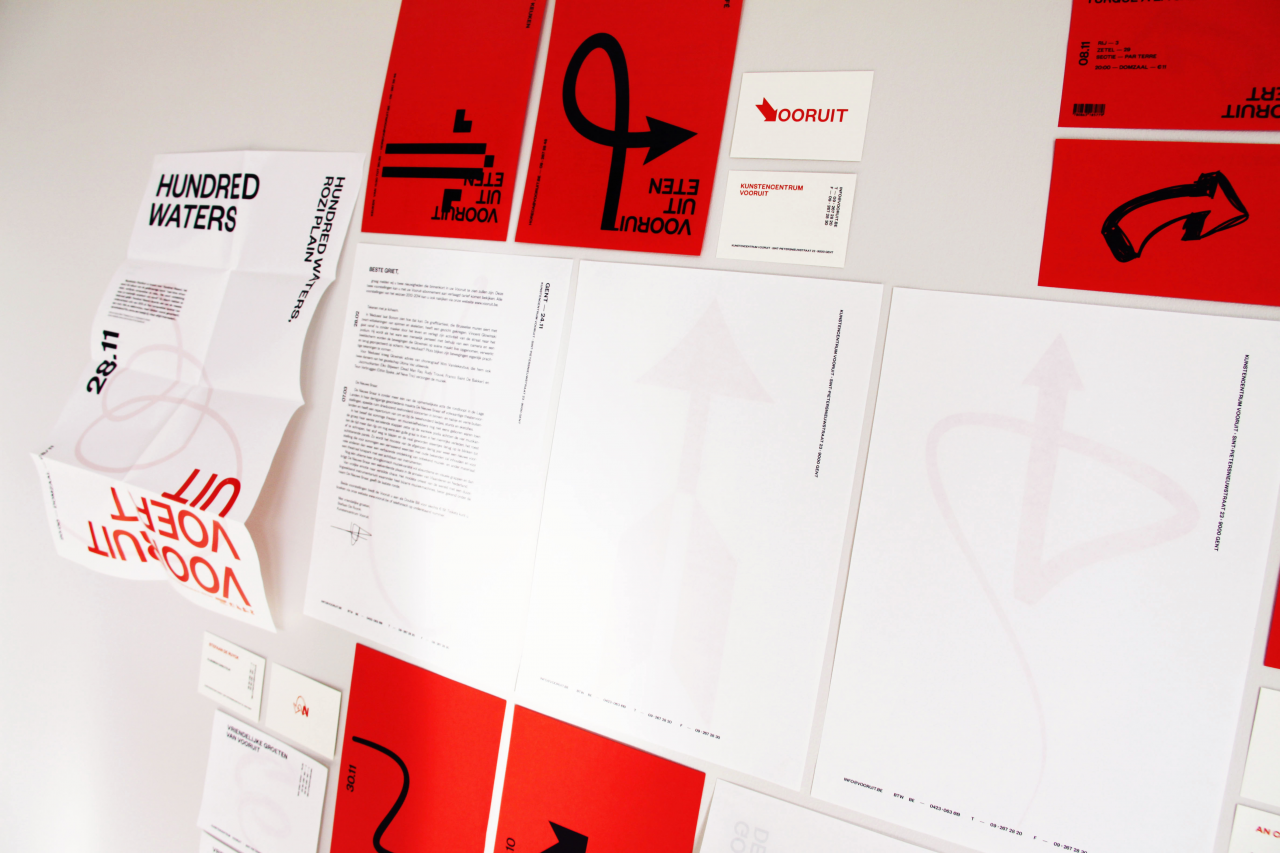 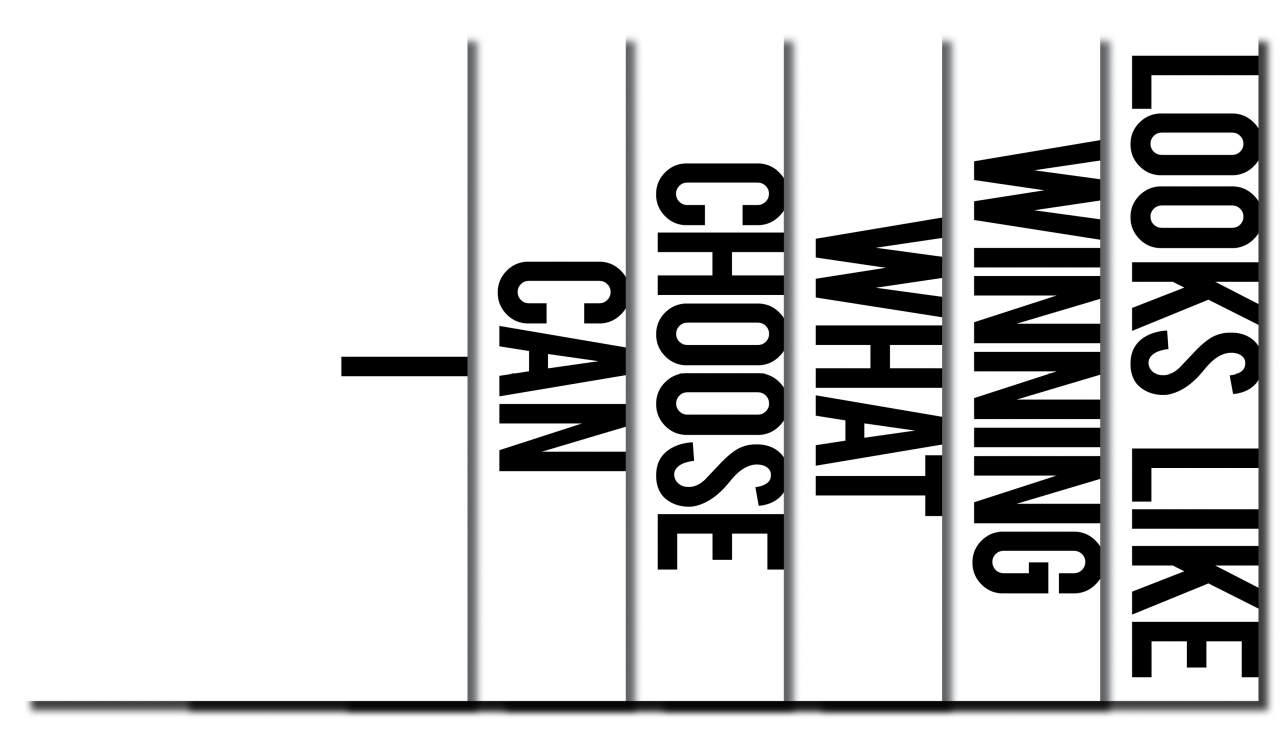 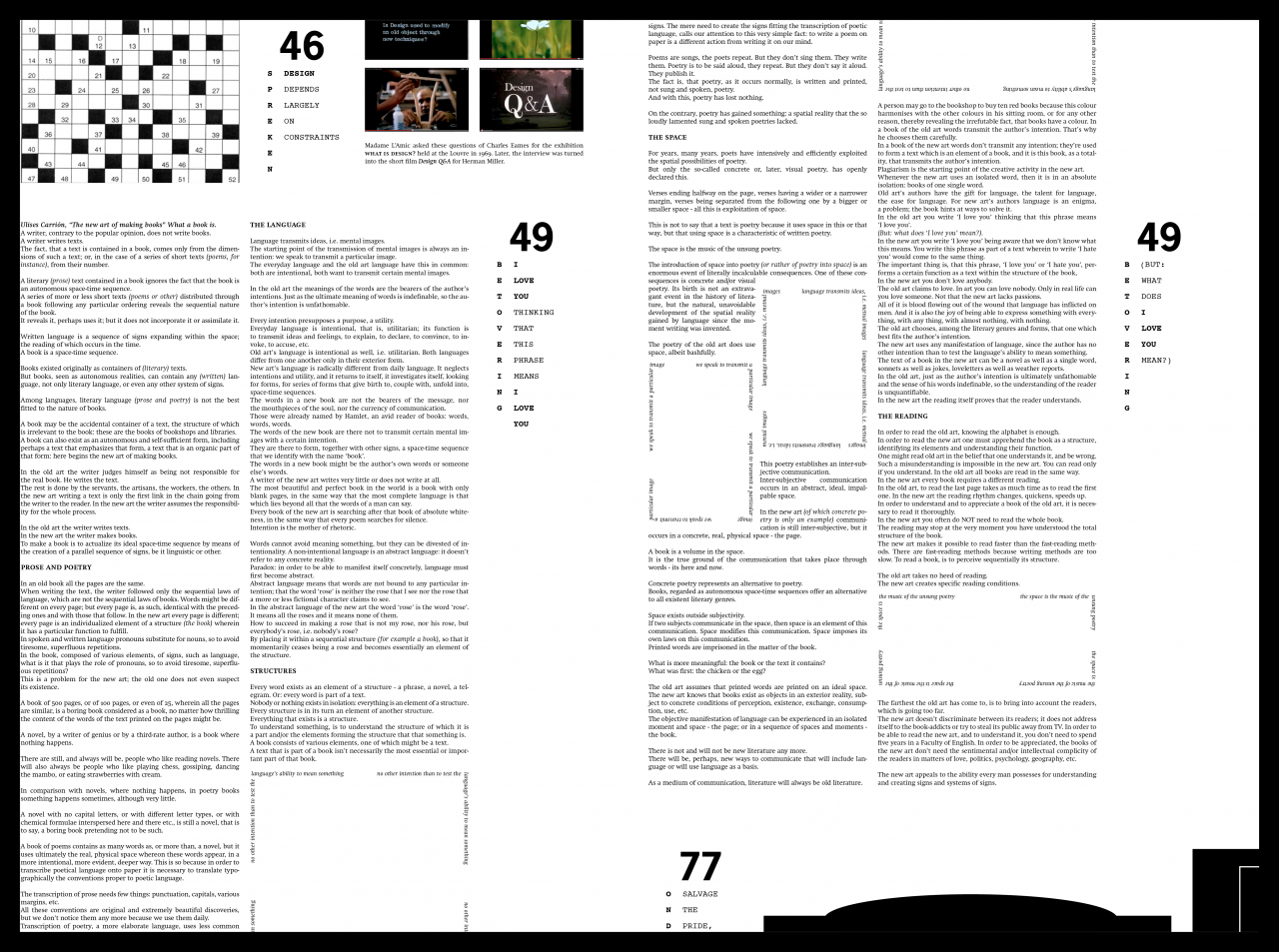 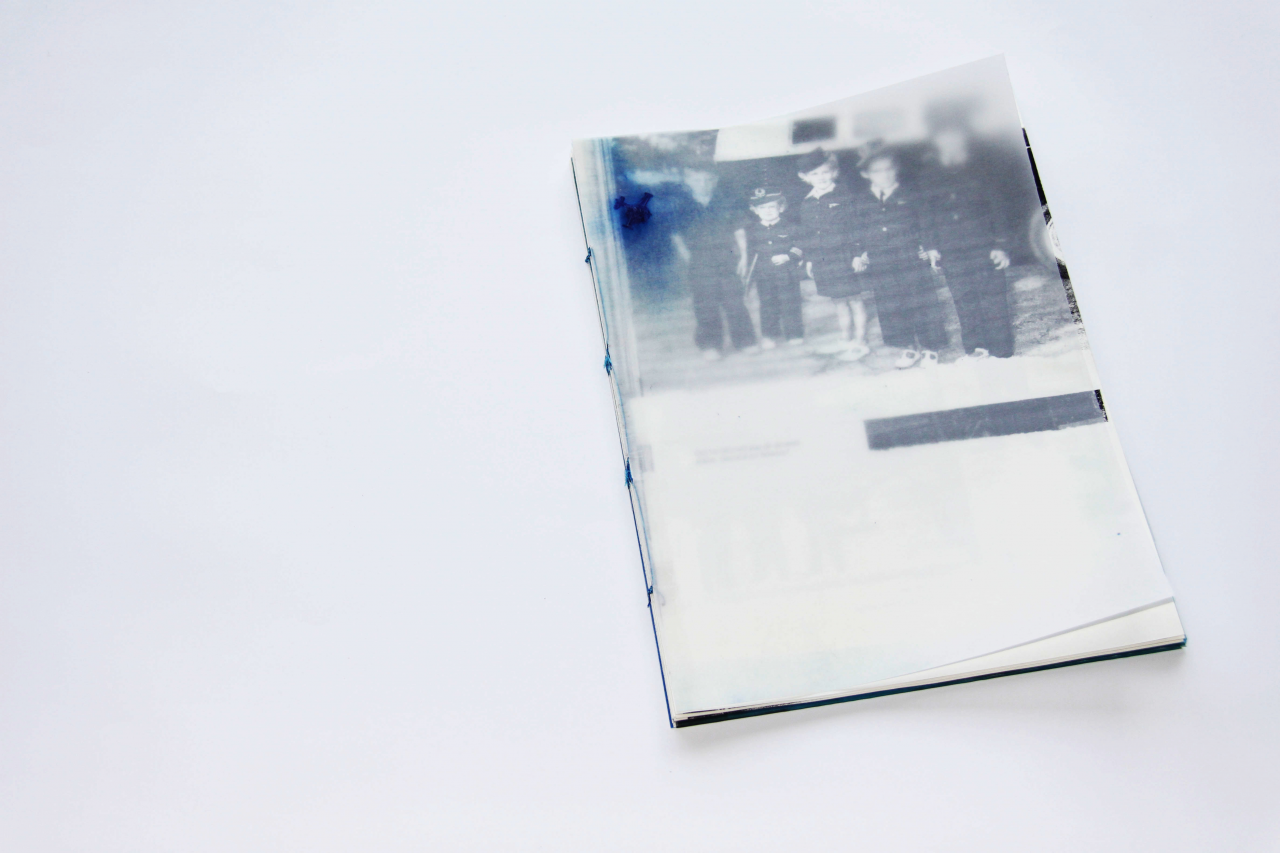